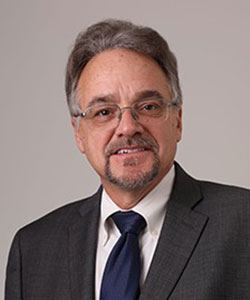 Joseph J. Giulietti was nominated as Commissioner of the Connecticut Department of Transportation by Governor Ned Lamont in January 2019. Mr. Giulietti’s nomination was confirmed by the Connecticut General Assembly on February 20, 2019.

A 46-year veteran of the public transportation industry and a native of Connecticut, “Joe” Giulietti served as President of Metro-North Railroad from 2014 to 2017, and as Deputy Executive Director and then Executive Director of the South Florida Regional Transportation Authority from 1998 to 2014. The authority serves Palm Beach, Broward, and Miami-Dade counties. Giulietti spearheaded the authority’s “Double-Track Corridor Improvement Program” when the agency was known as “Tri-Rail.” This resulted in a major expansion of service and a double-digit increase in ridership.

Giulietti began his career in 1971 with Penn Central Railroad as a brakeman and conductor while he was still in college at Southern Connecticut State University in New Haven. In 1978, he became a road foreman with Conrail (the successor agency from Penn Central), where he advanced to become assistant manager for operating rules. He joined the newly formed Metro-North in 1983 as superintendent of transportation and later became an engineer of track for the Harlem and Hudson lines, assistant director of transportation and schedule coordination, and director of a special project to reduce operational inefficiencies and increase productivity.

After 14 years at the South Florida Regional Transportation Authority, Giulietti was tapped by the Metropolitan Transportation Authority to return to Metro-North and get it back to a culture of safety after a series of derailments and other mishaps. During his tenure at Metro-North, rail ridership reached an all-time record of 86.1 million, giving a significant boost to the economic health of the region the railroad serves. He retired from Metro-North in 2017 and then worked as an independent industry consultant.

After Ned Lamont was elected governor in 2018, Giulietti joined the new governor’s transition team to develop transportation priorities and initiatives. 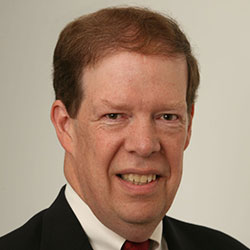 Mark Rolfe has worked for the Connecticut Department of Transportation for 34 years. He has led several of the largest programs undertaken by the Department in recent years including; the reconstruction of I-95 in Bridgeport, the Bus Rapid Transit System between New Britain and Hartford (CT Fastrak), and the $2 billion Q Bridge program in New Haven. The Q Bridge Program included the new Pearl Harbor Memorial Bridge – the nation’s first extradosed cable-stayed bridge, a brand new interchange between I-95 and I-91, and 7 miles of new highway in the New Haven area.

In addition to managing major projects and programs, Mark led several major initiatives to introduce new practices and business models to the Department of Transportation. Accelerated bridge construction techniques have been widely adopted under Mark’s leadership. A decision model has been developed to guide decision-making around application of these techniques to specific projects. The eConstruction initiative placed tablet computers in the hands of each construction field engineer with a goal of establishing a paperless construction project documentation system. Alternative contracting procurements have expanded contracting methodologies beyond the traditional design-bid-build model to design-build, construction manager at risk, construction manager/general contractor, and indefinite delivery / indefinite quantity contracting.