This session will include a moderated panel discussion with a diverse set of experts on the major issues and challenges facing CAV from a cybersecurity, data and workforce perspective.

Chan Lieu is a senior policy advisor with extensive experience in legislative, policy, and regulatory issues involving transportation, data and cybersecurity, privacy, and emerging technologies. Chan advises clients on complex regulatory and legislative issues associated with the future of the automotive industry, including self-driving automobiles, mobility, connectivity, and advanced driver assist systems. He represents emerging and established automotive and technology firms with regulatory and other issues before the U.S. Congress and executive branch agencies. Prior to joining Venable, Chan served as director of government affairs, policy, and strategic planning at the National Highway Traffic Safety Administration (NHTSA).

Chan led NHTSA’s liaison with members of Congress, their staff, and various committees while advising NHTSA executive leadership on pending legislation. He also managed a NHTSA team that was responsible for developing the agency’s strategic plan and operational goals to respond to the rapidly approaching change and disruption in the automotive and transportation industry.

Prior to joining NHTSA, Chan was staff director of the Subcommittee on Science, Technology, and Space of the U.S. Senate Committee on Commerce, Science, and Transportation. He managed the team handling the operations of the Subcommittee; oversaw the production of numerous committee hearings; and advised committee members throughout the legislative process that resulted in the enactment of several federal laws.

Chan began his career with the federal government at the General Services Administration (GSA) as a security specialist in the Presidential Management Fellows Program. He served as the lead cybersecurity specialist on FirstGov.gov projects and major e-government initiatives. 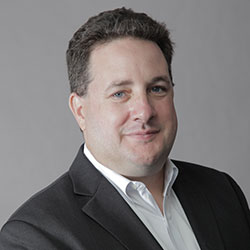 Tim Weber works with ADNET’s clients to align their overall IT vision and goals with creating and maintaining secure environments focused on compliance, disaster recovery, and physical and cyber security. While providing strategic guidance, Tim and his team of security analysts and engineers also work to implement security and disaster recovery best practices, increase security awareness at an organizational level, and establish IT security Governance models. His passion for proactive security is apparent in everything he does. Tim is also a frequent speaker at ADNET and other industry events and strives to help his audience think differently about their IT and security challenges.

Tim serves his community as Deputy Chief with the Lost Acres Volunteer Fire Department and enjoys teaching local students about fire prevention and safety. Tim maintains a blog and frequently draws parallels between his work as a firefighter and an IT security advisor. 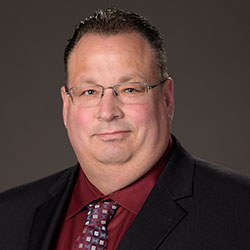 Brian Kelley is the Chief Technology Officer for the Ohio Turnpike and Infrastructure Commission where he is responsible for the Commission’s overall technical vision and technology operations.

He serves as the Infrastructure Workgroup Leader for DriveOhio. DriveOhio brings public and private sectors together to advance the development and deployment of smart mobility and autonomous and connected vehicle technology.
Brian is also currently serving as the Transportation Sector-Chief for the Northern Ohio Chapter of InfraGard, a partnership with the FBI and private, public, and academic members.

Prior to arriving at the Turnpike, Brian spent 27+ years as CIO for Portage County, Ohio. He also served as a commissioned Portage County Special Deputy Sheriff for 15 years investigating cybercrimes and other law enforcement duties.

Brian holds a Bachelor of Arts in Criminal Justice and Sociology and a Master Degree in Public Administration from Kent State University. He is a graduate of the Certified Government Chief Information Officer Program at the University of North Carolina at Chapel Hill.

Brian was recognized as one of Government Technology’s Top 25 Doers, Dreamers & Drivers in Public Sector Innovation in 2012. 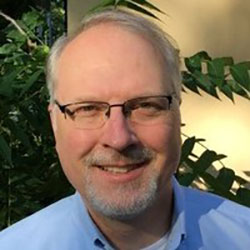 Jeff Plungis writes about automotive safety, regulation, and emerging technology at Consumer Reports. As lead automotive investigative reporter based in Washington, D.C., Plungis covers deadly safety defects like exploding Takata airbags, automakers’ battles with federal agencies over emissions rules and the race to bring automated vehicles to market. His coverage is a key part of Consumer Reports mission to create a safe and fair marketplace, as well as holding automakers accountable.

Car testing is central to CR’s work as the world’s largest independent product-testing, policy, and public education nonprofit organization. At its test track in Colchester, Connecticut, engineers and professional drivers perform more than 50 tests on every vehicle reviewed, evaluating braking, handling, comfort, convenience, safety, and fuel economy. Each car or truck is purchased anonymously from a dealer, broken in and driven roughly 6,000 miles before the evaluation is complete. CR accepts no gifts from automakers, such as free review cars, and has never sold advertising.

Prior to joining CR, Plungis worked at Bloomberg News, where his beats ranged from Volkswagen’s diesel emissions cheating scandal to truck crashes and highway funding and the Transportation Security Administration. Prior to that, Plungis followed the auto industry as Washington correspondent for the Detroit News. He has also covered Congress and politics in New York City and Albany.

While at the News, Plungis won the Gerald Loeb award, considered the highest honor of business journalism. His work has also been honored by the Society of American Business Editors and Writers, the Detroit Press Foundation, the National Press Club and the Washington Automotive Press Association.

Plungis graduated from Ohio State University and has an M.A. from New York University. He studied in Hong Kong as a Rotary International Peace Scholar. He resides in Takoma Park, Maryland. 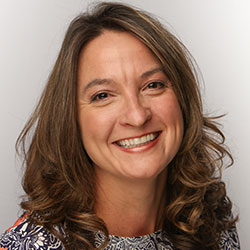 CEO
The NEXT Education

As CEO of The NEXT Education (thenexted.com), Elaina Farnsworth and her team are committed to developing the next workforce—the next future person that is equipped with the skills to advance global growth.  Farnsworth is an internationally recognized public speaker, writer and thought leader in the Autonomous Vehicle (AV), Unmanned Aerial Vehicles (UAV), and Cybersecurity industries.

Elaina specializes in reskilling workforces for the future. She and her team developed cutting-edge training and certification programs for organizations including SAE international, New Horizon Learning Centers, CompTIA, and others. Currently, she serves as the lead consultant for many national and state-based programs including the Michigan Automotive and Defense Cyber Awareness Team (MADCAT).

Farnsworth has been recognized as part of the 2018 top 10 North American Influencers for Automotive Suppliers, 2017 Rule Breaker Award Winners, 2015 Techweek100: Top Tech Leaders in Detroit, 2014 Crain’s Detroit 40 under 40, and 2013 Elite 40 under 40 among others. Farnsworth was also appointed Director of Global Communications by the Board of Directors of the International Connected Vehicle Trade Association (CVTA) and sits as an advisor to other educational institutions and non-profit organizations.